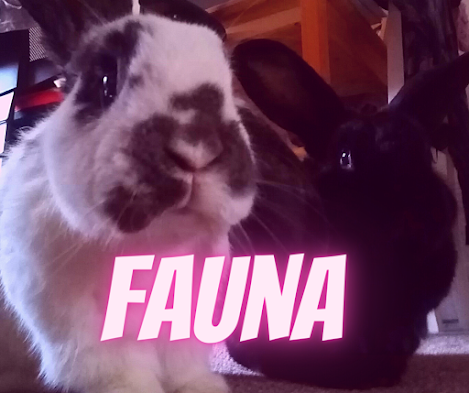 As this blog winds its way down to its end, I have some exciting and delightful news. Yesterday I signed a contract to have my collection of animal-based short stories published at some point in 2021. These are the weird tales I've been peddling for the last six or seven years as individual pieces, and I'm absolutely stoked that they're finally being corralled together into a collected menagerie. The collection will be titled Fauna and will be published by a super-cool, socially conscious independent press (I won't say who they are yet as they want to finalise their 2021 catalogue and announce it all properly together). It will include stories about a mimed elephant, time-travelling horses, a mysterious panda, guinea pigs in the underworld, vengeful birds, and a pig with skin made of bacon. They are, true to form, very weird stories that don't necessarily behave in the way that stories should - but that's kind of the point. When it comes to animals, we have our ideas about them, we have our mythologies about them, and we have certain expectations of the ones we have in and near our homes. But most of these thoughts are wide of the mark. In truth, we can never fully know how an animal thinks, or what their various behaviours and movements mean, because they don't really think or mean in the same way we do. Or; they do, but we've lost our ability to think of ourselves as animals and so we've overridden this anxiety with words like think and mean. And so when we bring our narrative habits to bear upon our fellow fauna, we tend to slot them into easy formulas; as hollow indicators of wildness, or as human-centric metaphors for, say, sneakiness (foxes), or loyalty (dogs), or evil (snakes), without necessarily considering what this imagery means for their real-life equivalents.

My best example here, I think, is birds. One of the stories in Fauna is a tale called 'Flock' in which a cabal of various birds take a random human from a random town and carry her far away to a distant island for a nefarious purpose. The story was my visceral gut reaction to the bestselling memoir H is for Hawk by Helen Macdonald, a book I absolutely detested. In Hawk, Macdonald tells of her time working through a period of bereavement by taking up the practice of falconry. She obtains a hawk and spends a long, arduous and distressing time training the creature into obedient oblivion. Hawk was universally praised, and it is a brilliantly written and well-researched book, but my nerves were shredded for the poor bird. Ostensibly, the hawk is the central focus of the narrative, but in another sense it is completely disregarded and side-lined. Bred semi-illegally in captivity, transported in a tiny box, is utterly stripped of all its wildness and character and just becomes a shell of its instinctual self, waiting out its life on some perch in some randomer's living room. There is human suffering in this book too, but the hawk becomes the vessel into which the human's concerns are poured, and everyone seems to be a-ok about that.

This is what I try to burrow into in my stories in Fauna. The ways in which animals are reconceived towards human gain and then are pasted over with grandeur and mythology to help us self-justify these practices of unwilding. It is a habit we don't seem to be able to shrug off, and its something I'm still very much complicit in - I've engaged in it a few times across the posts of this blog. I also live with two rabbits and eleven guinea pigs who, arguably, aren't that far removed from the aforementioned hawk (although I do think there is significant difference between the various animals categorised as 'pets', such that I don't agree with the keeping of birds of prey). But I think we can start to think more critically and complexly about the narratives we tell of animals, and how those techniques of storying reflect back on our broader practices. Perhaps our stories don't have to always be so human-centric. Perhaps we need to rewild ourselves as well as our countryside.

This blog has been an attempt to touch in with animals on a daily basis to see how and where they appear in the life of one random guy. It has been written at a time of high anxiety, at the cusp of the second wave of COVID-19, and the verge of whatever the hell is about to happen in America. We are having our vulnerabilities exposed and are starting to see ourselves for what we are: easily confused, easily enraged, fragile and fleeting, but also resilient, resistant, communal, and flexible. Animals are right there beside us, constantly, whether that's physically in our homes, on our laps, in the background of our Zoom calls, or mythologically in our imaginations and the shapes of our confectionary. It may be that many of us have reconnected with fauna in ways more profound than at any other time. We might have found much-needed comfort with our pets, or we might have found local green spaces we never knew existed, or we might simply have craved the wild outdoors during bouts of self-isolation. And while it looks like we have developed a blind-spot in regards to the origins of this virus, I very much hope we emerge from this with a re-orientated attitude to our fellow living creatures.

That's not the only hope, of course, and not even the most important one. It is Halloween today, the sun has set, we are hiding from Trick or Treaters because we are unsure about how safe a practice it is this year, and we're awaiting the official announcement of national lockdown mark two. Make no bones about it, it has been a horrid and confusing year. The picture for 2021 may be bleak, but so too can we hope for a profound corner be turned. It is not unreasonable to dream of a vaccine to make us well again, and a tentative sense of seizing our carpe diems as we come blinking back into the sun. And the more we know about our own vulnerabilities, the more we'll appreciate the vulnerabilities of the wider natural world.