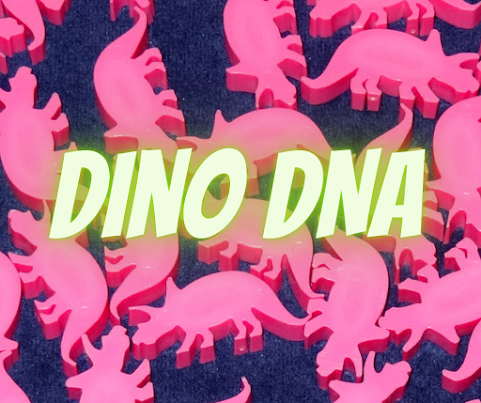 One of my favourite lock-down discoveries has been the Tabletop Simulator - a £15 game app that allows you to hook up online with strangers or friends to play all manner of excellent board games. It has your standard Chess and Draughts and Backgammon built in, and lots of folk use it for Dungeons & Dragons style adventuring, but it can also be used to play practically any modern board game you can think of as various clever users have created mods of everything from Settlers of Catan to Twilight Imperium. There's been a boom in tabletop gaming across the last decade or so, with a rush of ever-more excellent and gorgeous games for casual parties or long hours of trading, battling, negotiating and the careful accumulation of Victory Points. I've been dipping my toes into this world for a while, and have come to love the rush of excitement of learning complicated rules and gleaning smart tactics towards things as simple as building a profitable farm, or as complex as intergalactic warfare. My favourite, at present, is the fiendish Food Chain Magnate, which is pure evil capitalism in ways Monopoly can only dream of. You open a 1950s-style diner, you hire staff, you send them to work, you try and make money. It sounds infuriating, and it is, but its also incredibly addictive.

There is, of course, no substitute for sitting around a real table with real friends playing with all those real figurines and money cubes, but Tabletop Simulator is a good enough alternative. I've used it to establish industrial revolution trading routes in Brass Birmingham, and the creation of scientifically-rigorous colonies on the red planet in Terraforming Mars. Yesterday, I spent a delightful and diverting three hours giving birth to terrible lizards and letting people get eaten by Velociraptors in Dinosaur Island. This is basically 'Jurassic Park: The Board Game' in all but name, full of wonderful little nods to that fantastic movie throughout. You have to manage everything: your scientists in the lab synthesizing DNA, the workers in your park fixing paddocks and security fences, and then the park itself, full of dinosaur exhibitions, roller-coasters and food outlets. The aim is to reduce the amount of patrons being eaten while filling your park with the most exciting dinos you can create. I managed to bag both the T-Rex and the Velociraptors, with an couple of Anklyosauruses in the mix there too.

For the most part, my park was, in fact, very safe. I'd grabbed myself a hardworking Groundskeeper who did a stand-up job of keeping my security stable. That was until the final round when I splurged my stocks of DNA on a third T-Rex, a second Anklyosaurus and another raptor. I pushed it too far: it was carnage. One of my little worker meeples fled for the helicopter and I swear I heard him mutter; after careful consideration, I have decided not to endorse your park.

Jurassic Park is one of my all time favourite films, often jostling for the top spot in my mind. I've been trying to remember if I actually saw it in the cinema when it came out in '93 and I sort of think I must have done, because I was exactly the right age, but I can't quite recall it. What I do clearly remember is watching the VHS over and over and over again, at least once a day, every day for months on end. I remember sending myself to sleep silently reciting the film from the start, getting about as far as Hammond visiting Grant and Ellie before I drift away dreaming of the Gallimimus. The soaring John Williams soundtrack still makes my eyes prickle with nostalgia and if I ever catch the film playing on TV it trumps everything else I might be doing. I remember one Christmas I found it listed in the Radio Times with a three-out-of-five star rating and I was furious. It is a flawless film. The dialogue is still so tight and punchy, the dinosaurs still look incredible, the tension and the atmosphere is second-to-none.

In latter years, I've come to appreciate Jurassic Park on another level; the way it absolutely avoids demonizing the dinosaurs themselves. In sequels and reboots of the franchise, and in similar action films about dangerous creatures, the animals are turned into malicious threats who seem to hunt and stalk the humans and are just that little bit too smart and wily. In JP, however, the dinosaurs are just animals. And while the raptors do hunt the humans, particularly in the brilliant kitchen scene, they do so in a way which is entirely in keeping with the nature of predatory fauna. The true moment of genius in the film is the scene when the T-Rex is chasing the jeep, with Malcolm in the back: go faster, must go faster, and then the T-Rex just gives up and wanders off. In a lesser film, this chase would have gone on and on with the Rex getting ever closer and cleverer in its attack. But Spielberg absolutely recognized that these creatures are just animals, acting on instinct. The Rex just seems to get tired. Seems to decide there will be easier prey elsewhere. Wanders off. This is why I continue to love that film. It cherishes animals as animals and builds the disaster entirely around human folly.

I have the bug now in regards to Dinosaur Island. I'm super keen to play it again to try out different tactics and approaches; I want to build the best damn prehistoric park that money can buy. I want to spare no expense. I want to throw open some ridiculously over-sized gates and say Welcome... to Cretaceous Towers while John Williams builds to a crescendo. I want a Stegosaurus and a Triceratops and Pterodactyls. I want to learn absolutely no lessons from nature and push forward with the destructive tendencies of the homo sapiens. I want us to get what we deserve when life, uh, finds a way.